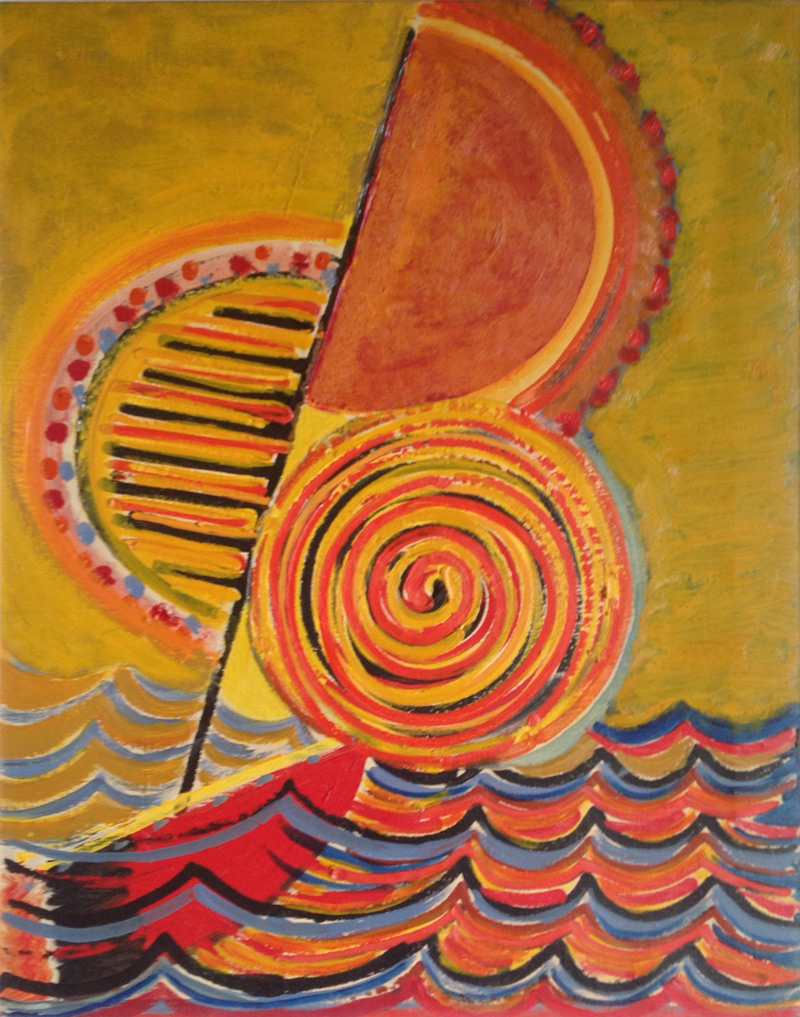 09 Nov Sir Terry Frost: “Painting is all about courage”

Posted at 22:34h in News by Site Manager

‘Painting is all about courage,’ exclaimed Sir Terry Frost RA(1915-2003), one of the most successful and acclaimed British artists of the twentieth century.  ‘If it feels right in my heart, my head and my big toe, then I know I’ve got it right!’

At Vanessa Clewes Salmon Modern & Contemporary Art we’re delighted to be able to offer this terrific, eye-catching and life-affirming oil painting by Terry Frost.  Signed and dated Feb ’91 on the reverse, it has never been on the open market before and will be a highlight at The Art for Art’s Sake Show from 1-6 December at 18 Maddox Street, Mayfair, London W1 (off Regent Street).  Painted in exuberant yellows, reds, pale blue, orange and black this bold painting is reminiscent of a sailing boat on choppy seas floating into the sunset.

Frost’s talent for abstract painting began as a commando prisoner of war in Bavaria during World War II, later studying under Victor Pasmore at Camberwell School of Art, London. He was greatly influenced by major Cornish artists such as Ben Nicholson, Peter Lanyon, Roger Hilton and of course, Barbara Hepworth for whom he worked as an assistant from 1950-52.

From the mid 1950s Frost taught at various UK universities and within a few years had become established as a leading abstract painter, exhibiting regularly in London and internationally.  In 1974 he moved permanently to Newlyn in Cornwall, where his love of the region proved a rich source of inspiration for much of his work, saying that he was in a constant ‘state of delight in front of nature.’ Frost was elected a Royal Academician in 1992 and received a knighthood in 1998.